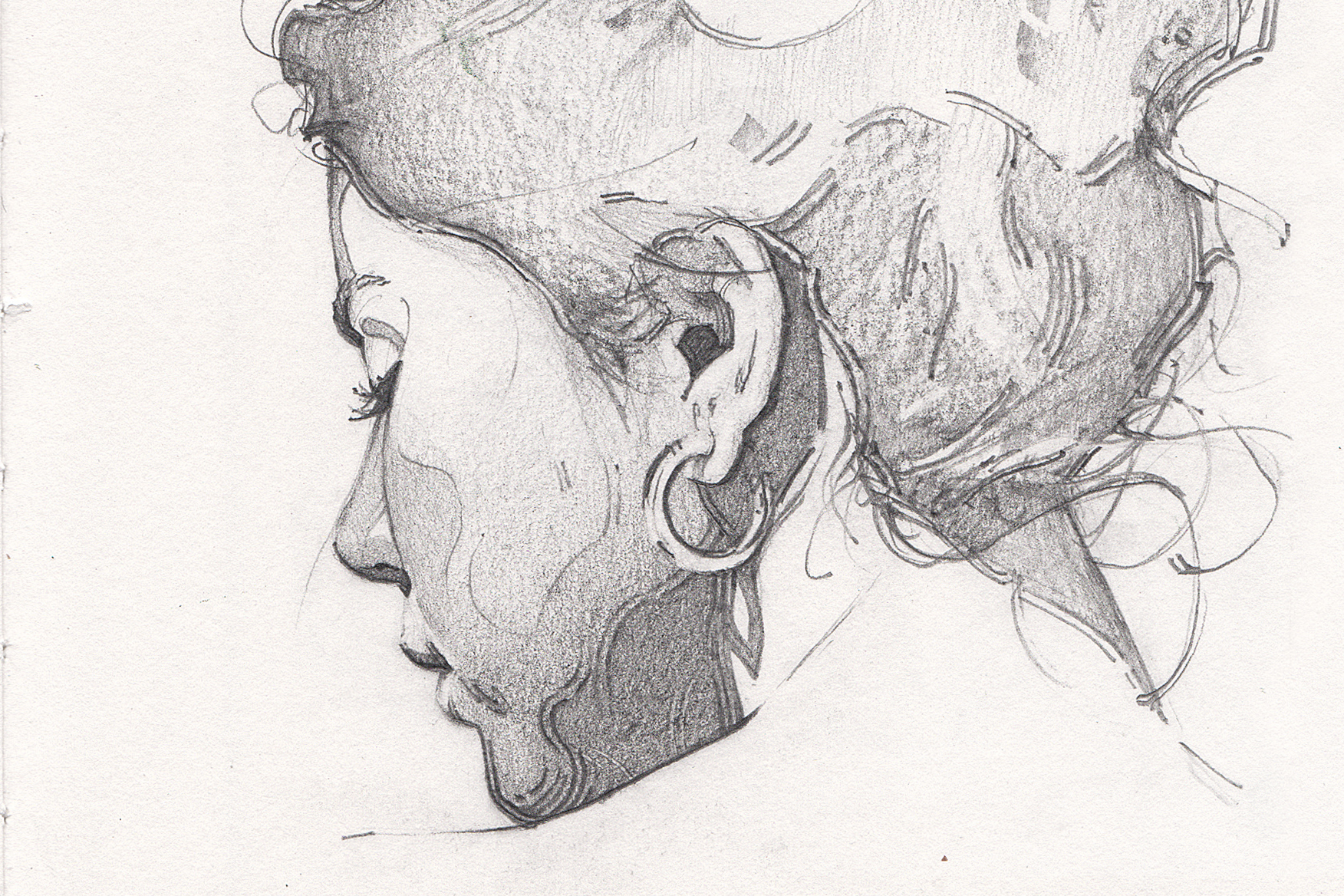 The creation supposes a continuous process that is expressed through different supports and moments.  A sketch is a fundamental meeting place for the imagination at the time of creating any original graphic work.

The following lines are intended to be an invitation to creative realization through sketch and to consider the importance that the sketchbook can have as a tool (not only for the visual artist).

The sketch marks the beginning of the first translation between inspiration, imagination and its final form, whatever that may be. A well-known use of the sketchbook is that of the romantic French artist Eugène Delacroix (1798 – 1863). On his trips to North Africa, as part of a diplomatic mission in 1832, he used his sketches to secretly capture the women of Muslim religion, who by their own belief were prevented from being seen in public.

Artists have always had the need to write down in notebooks or on blank paper all the ideas that come to mind. This includes sketches of their surroundings, quick notes of anatomy, human poses or even landscape designs. It is the beginning of the entire creative process.

These sketching books are a basic work tool, with sheets of blank or cream paper where you can test materials and techniques before doing it on a table or canvas, where the final artwork is realized. They are made of high quality paper for use with graphite pencils, crayons, conté crayons, sanguinas, inks, watercolors, etc.

So, in the world of artists, the base support is always their sketchbook, or book of proofs, where they dare to sketch what goes through their heads or try new techniques. Well, in these notebooks, where only sketches and ideas are supposed to appear, some artists manage to illustrate true genius, creating a personal book full of imagination.

From sketches to original works of art

The sketchbook is, along with those who are dedicated to using such a tool, substantially diverse. It is a textual journal as well as graphic, a treatise (its own and with others) and an effective personal revelation of how nature and life are observed, perceived and even translated.

In this sense, the sketch is a first capture and starting point that does not require an absolute dimension. The development of such ideas can be carried out in other forms or in subsequent pages of the sketchbook which allows you, with the disciplined use of it, to group different graphical or textual starting points that can lead to completely different places from when they were originally annotated.

They are authentic artistic gems because they contain all the spontaneity, freshness, immediacy, personality, freedom, purity, emotion, strength, sincerity and authenticity of the artist who created them. The sketches and notes are made as they were at the time, without retouching or improvements. It’s intimate and personal, that’s why they have so much value.

Below we have made a brief introduction of what represents a sketchbook for the artist Oriol Angrill, to give us a walkthrough of the growth and development of his original graphic works, which offer many possibilities within the genre of art.

Since last year, he has been experimenting with sketches as they do not require much time investment. They are the best way to acquire your own style and thus, see the evolution of the work page by page. The result is that there is a wide variety of styles and tests and, depending on your mood, you can see that the quality of the drawings vary dramatically.

In them there are pictures of landscapes and textures, so as to have more material of nature to work with later. As for the sketches, he used markers that he had never used before.

So, the use of a sketchbook is very recurrent in artists in order to quickly jot down any ideas. It is very useful for improving technical ability and acquiring a more defined and secure style.

These sketchbook, despite being something indispensable for the artist or designer, had only preliminary value, which has now completely changed.

Now, the sketch is considered as an artistic piece in itself. In the middle of the twentieth century, it developed into a new form of artistic expression, becoming original, personal and great works of art, drawn and painted with many procedures and techniques.

Here you can see some examples.